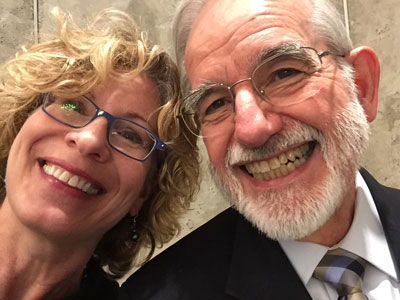 Over pancakes and bacon one summer evening at the Metro 29 Diner, Susan Stanford pulls out her cell phone, looking for a photo. Her husband Brad, next to her in the booth, is telling the story of their first date.

“I was sitting between an alto and a soprano at rehearsal for the Cathedral Choral Society. I looked over and saw the alto wasn’t wearing a wedding ring, and I thought, ‘Oh, what the heck.’ I told her I had two tickets to The Flying Dutchman at the Kennedy Center and asked if she wanted to go with me.”

Susan then finds the photo she’s been looking for: a beaming selfie of the two of them in the Russian Lounge outside the Opera House.

“Honestly,” she says, “It was the best first date. It was rainbows and glitter and unicorns.” It went so well that the pair returned later that same week—this time to see the National Symphony Orchestra.

A year later, on the night of their wedding, they took to the Kennedy Center stage themselves with the Cathedral Choral Society as monks in the Washington Ballet’s performance of Carmina Burana. “I still had my wedding flowers in my hair,” says Susan, showing another selfie of the newlyweds in their hooded costumes. 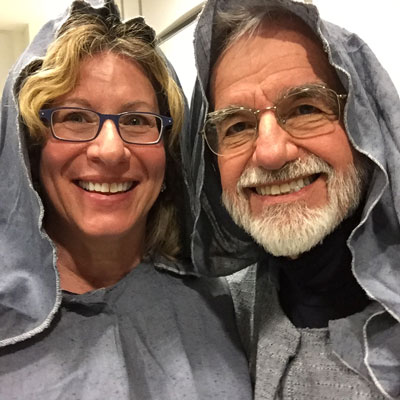 She and Brad led parallel lives before their marriage in 2016. Both have a lifelong passion for singing. Both have frequented the Metro 29 Diner for so long that they often greet the wait staff by name. And both were widowed.

“She understood the importance of arts fundraising and education. She was on the Board of WETA and played a role in their public campaigns. She had a deep interest in the Duke of Wellington, met the Vice Chancellor of the University of Southampton when we traveled to England, and helped to develop their endowment program after being named to the Board.”

“Fundraising is so important,” says Susan, who, along with her husband, is on the Board of the Cathedral Choral Society. “Instant gratification is not why we do any of this.” Through the way she and Brad talk about the importance of the Kennedy Center and the performing arts in their lives, it’s clear they do it for love.